Select a Page:
Scroll to top

Interview: On the Gaming Couch with Stephen Merchant

The vast majority of you will be more than familiar with Stephen Merchant from his roles in the series Extras and Life’s Too Short, as well as appearances in major movies such as Hall Pass, and providing his voice for the animated feature Gnomeo and Juliet. He even had a tiny cameo in the series, 24 as a CTU staffer with Chloe O’Brian. In the gaming world you are probably more familiar with him for his role as Wheatley in the game Portal 2 for which he won the award for ‘Best Performance by a Human Male’ at the 2011 VIDEO GAME AWARDS as well as the Outstanding Character Performance Award from the Academy of Interactive Arts and Sciences.
You can currently see/hear him in the Ricky Gervais’ show on HBO, now in its third season.
A massive thank you to Stephen then for taking out a moment of his busy schedule to take a seat on the gaming couch with PPSF. 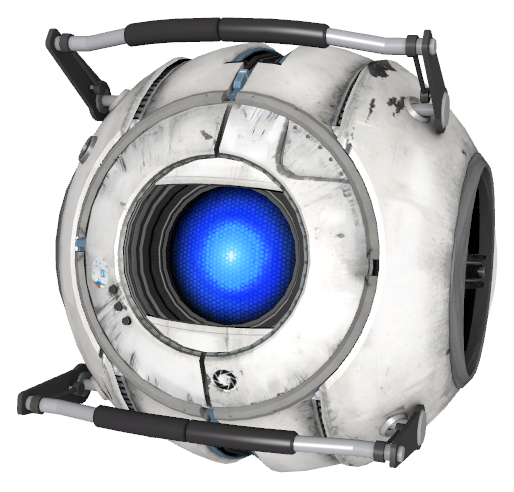 When Valve offered you the part as Wheatley in Portal 2, did you have any idea what you were getting yourself into?
No idea. I had done voices for animated movies and had fun, so I presumed it would be a natural extension of that. It was actually much harder because it was essentially one long, relentless monologue. And unlike a movie, you have to record hundreds of alternative lines for when the player goes wandering off or gets lost or stuck. It was exhausting. I was in a recording booth shouting down imaginary corridors for hours at a time.
When you won the Outstanding Character Performance Award from the Academy of Interactive Arts and Sciences and the Best Performance by a Human Male for the Spike Video Game Awards what was your reaction?
I always like being honored for my work. It means people respond to what you do. I was also nominated for a British BAFTA Video Game award but lost to Mark Hamill.  Fucking Jedis!
Obviously, as you were unaware of the game, how on earth were you able to prepare for such a role? Particularly given you have said that you found it extremely complex from turning from “lovably hopeless, to sort of hopelessly evil”.
The guys from Valve were great and very supportive. They had a clear vision so they gave me plenty of direction and guidance and I quickly got in tune with what they were after. One of my comedy film heroes is Bob Hope and his on screen persona was a sort of fast-talking coward. So that’s what I was emulating in Portal 2.
What input did Valve provide you to get you up to speed?
Valve had written a strong script, with lots of funny stuff throughout, and they showed me character pictures and test sections of the game, so I had a clear vision of the Portal world when we started. They let me improvise a lot, which is one of the luxuries of something like this. You can try many many different takes because unlike when you make a film you don’t have hundreds of people stood round, all being paid, watching you shout stupid stuff that will never get used. It’s just me on my own in a recording booth.
A recent survey showed that video games actually managed to rake in more than blockbuster movies in 2011. This is serious big business now. If you were ever asked to return as Wheatley in say a sequel, or an animated film/series would you jump at the chance?
I would certainly consider it. I have to admit I had no idea how crazily popular the game would be. So many fans have told me how much they enjoyed Wheatley, which is very gratifying because I did work hard with Valve to make him funny but also characterful. Given that he’s basically a blinking robotic eye, we must have done something right.
You, Ricky and Karl are in the Guinness Book of World Records for the most downloaded podcast of all time with an astounding 280,000,000 downloads. What did you think when HBO decided to turn those into an animated series? Did you think there was really a need to do such a thing?
Despite the world record, there are millions of people who had never heard Karl’s ramblings. Fans had done their own animated versions of bits of our conversations for YouTube, so we knew it was something that added a new dimension, and I don’t think you can argue with how inventive the animators are. They have really brought new life to those chats, and attracted new Karl fans.
You also released a Live DVD last year: Stephen Merchant Live: Hello Ladies. A lot of people kind of assumed you had just jumped on the band wagon on the trail of Ricky Gervais’ successful stand up, but I hear you had been doing stand up well before you met him. Back in 2001 you, Ricky, Jimmy Carr and Robin Ince joined forces for a show called Rubbernecker at the Edinburgh Festival. Why is it then that you only decided to release a DVD last year?
I did stand-up after I left university. I gigged regularly but once The Office took off I just stopped. I didn’t get enough of a kick from performing to warrant driving up and down the motorway to gigs, eating bad food in service stations at midnight. I used to look at Ricky doing stand-up and think, ‘Why’s he bothering? It’s so much effort.’ Then I just woke up one day and I had the itch again. I felt I’d never really nailed it. So I started doing five minute slots in comedy clubs and eventually put an entire show together. When you work in TV you get very insulated. Stand-up is so raw and direct, there’s nowhere to hide. It reminds you how hard it is to make people laugh – and hopefully the experience feeds back into everything else I do.
Life’s Too Short has been more than well received. Is there any chance we’ll get to see you doing more of that show or do you have something else in store for us?
I think we’ll probably do more, perhaps a one-off special, but I’m not sure when you’ll see it yet.
Finally, if you had the chance to create your very own game, what would you create and what would you call it?
You just said video games are a billion dollar industry, so if I had a good idea for a game, why on earth would I tell you what it is?
A big thanks to Stephen.
Don’t forget, he currently has his live DVD “Hello Ladies” available form all top retailers.
I wont sell that though. I’ll leave that to Steve himself.

As a final note, Karl Pilkington was integrated into Skyrim via a mod but it had to be taken down unfortunately but you can see it here: Who would you like to see added to Skyrim? Let us know.

Also, please check out our other comedian interviews and general funny stuff over here.

Dan Mitchell: A Bat out of Hell